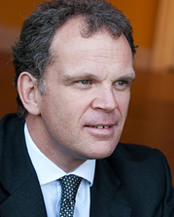 Mr Andrew Taylor is a Consultant Orthopaedic Surgeon at The Royal Liverpool & Broadgreen University Hospitals, where he specialises in knee surgery and in particular arthroscopic sports injuries.

He studied for his medical degree at St Mary’s Hospital medical school London where he gained his primary medical qualification and his orthopaedic training centered on the North West Thames Surgical rotation. He completed his training by undertaking a fellowship in arthroscopic/sports medicine surgery in Perth Western Australia between 2001 and 2002. He became a Consultant Orthopaedic Surgeon at the Royal Liverpool University Hospital in May 2002.

Mr Taylor has acquired a national reputation as an arthroscopic knee surgeon. He is regularly invited to lecture on knee and sports injury courses.
In his spare time Mr Taylor is a keen sports enthusiast with a particular interest in rugby, golf and skiing. He represented England in the Under 18s rugby team as a flanker in 1985 and the Lancashire under 18s county tennis championship (doubles) in that same year. He managed to maintain his interest in rugby as a club doctor at Richmond Rugby Club in the late 90s.