The Bone and Joint Centre were delighted recently to sponsor Greasby Blacks Under 10 boys football team in an international tournament held in Barcelona.

Finishing a very respectable third in the Plate with their last game won on penalties, the boys were incredibly excited to be playing on the second day at Camp Nou, home of Barcelona F.C. 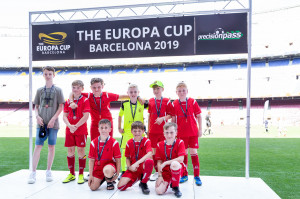