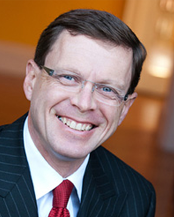 Professor Brownson is recognised nationally and internationally for his expertise in arthroscopic shoulder surgery. He is regularly invited to lecture and carry out live surgical demonstrations at courses across Europe. He is the Upper Limb Surgeon to Liverpool Football Club and in addition treats players from 3 other Premiership Football Clubs. He is regularly asked to provide articles for the National Press.

He studied at Liverpool University and qualified in 1986 (MB ChB). He was elected a Fellow of the Royal College of Surgeons of Edinburgh in 1991 (FRCS Ed), after which he undertook a period of orthopaedic research at Nottingham University. This research involved impact biomechanics as applied to aircraft passenger safety. It culminated in the submission of his doctoral thesis and the award of an DM (the medical equivalent of a PhD). In addition, the research resulted in him being awarded an Honorarium in the Syme Professorship at the Royal College of Surgeons of Edinburgh in 1993 and the crash brace position proposed, was subsequently adopted by the Civil Aviation Authority, for use on passenger aircraft.

Professor Brownson continued his orthopaedic training in Nottingham, during which time he acquired extensive experience in trauma surgery working at the Queens Medical Centre. He obtained the specialist fellowship in trauma and orthopaedic surgery in 1996 (FRCS Orth). He completed his training with his appointment as the Shoulder Fellow in the Nottingham Shoulder and Elbow Unit where he acquired sub specialist skills in all aspects of shoulder and elbow surgery.

In 1998 Professor Brownson was appointed as a Consultant Orthopaedic Surgeon in Liverpool since when he has been instrumental in helping to establish the Liverpool Upper Limb Unit as a centre of excellence.

On a personal level, he has achieved both a national and international reputation as being at the forefront of arthroscopic (keyhole) surgical techniques. In recognition of this, he was awarded the Travelling Fellowship of the British Elbow and Shoulder Society in 2002. He continues to be actively involved in upper limb research and he has published a number of articles on upper limb related topics. He is an editorial reviewer for the Journal of Shoulder and Elbow Surgery. He is the Course Director of the Liverpool Advanced Shoulder Arthroscopy Course which is one of the largest courses of its type outside of the United States and he is the Course Co-Director of the AO Liverpool Shoulder and Elbow Trauma.

Professor Brownson is married with two children. He enjoys sailing, cycling and skiing.